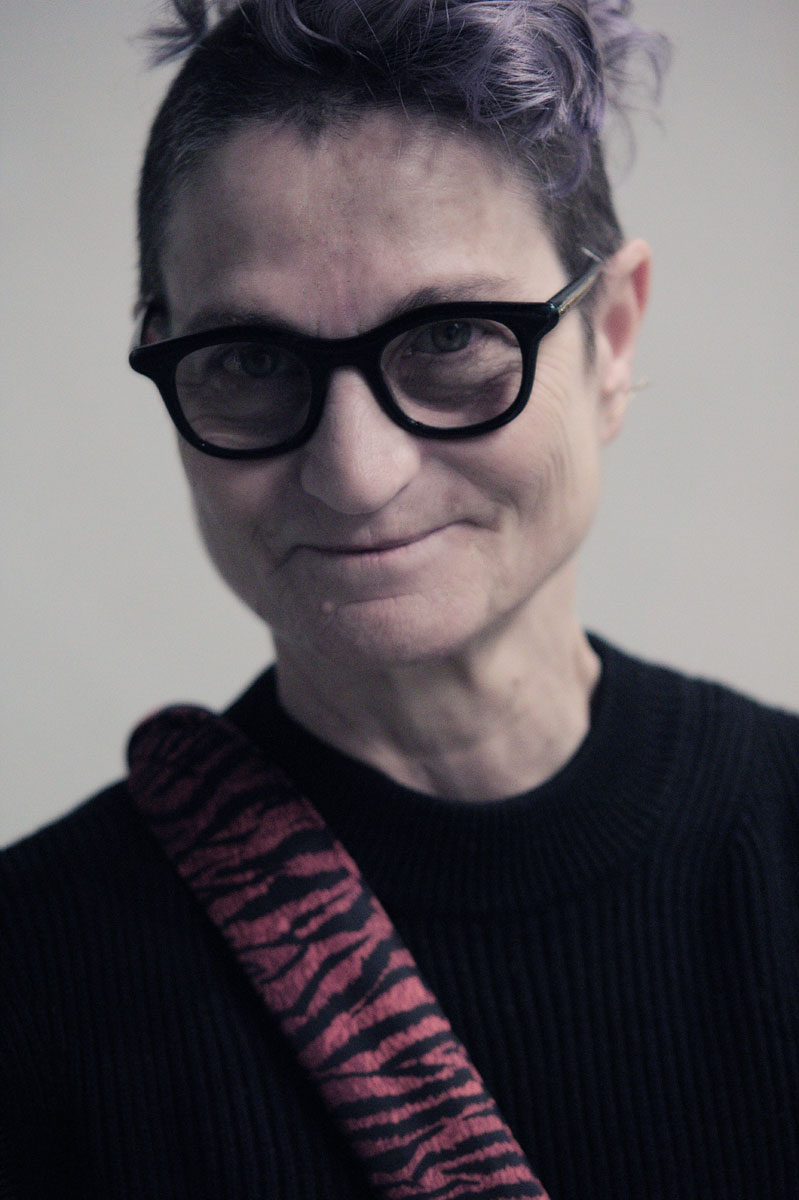 Born in Johannesburg in 1955 in, Robyn Orlin is a dancer, choreographer and founder of City Theatre & Dance Group (1988). In 1981, after a solo guest performance she gave on the Breytenbach Theatre stage in Pretoria, Adrienne C. Sichel described her as “a very angry young dancer”. She understood later, as Robyn’s reputation grew, that she had actually attended the choreographer’s first theatrical attempt to deconstruct, confront and critique the colonial white classical ballet tradition.

A critique omnipresent in her work, which made her become world-famous in 2003 when she won the Laurence Olivier Award for "Daddy, I have seen this piece six times before and I still don’t know why they are hurting each other" (1999) was this: a richly satiric portrait of race relations, confrontations and the threat presented by democracy to Western “elitist” dance forms. Perhaps the pinnacle of Orlin’s socio-political expression and achievement was being commission by the Paris Opéra to create “L’Allegro, il penseroso ed il moderato” (2007), in which she had étoiles and ballet dancers dismantling the supremacy of the tutu.

Nicknamed a “permanent irritation” in South Africa, she reveals, through her work, the difficult and complex reality of her country. She incorporates various artistic expressions (text, video, plastic arts ...), in order to explore a certain theatricality that is reflected in her choreographic vocabulary. She made her first movie, Hidden beauties, dirty histories, in co-production with INA and ARTE in October 2004. Robyn Orlin was named Knight of the National Order of Merit in 2009 and Knight of the Order of the Arts and Letters in 2015.