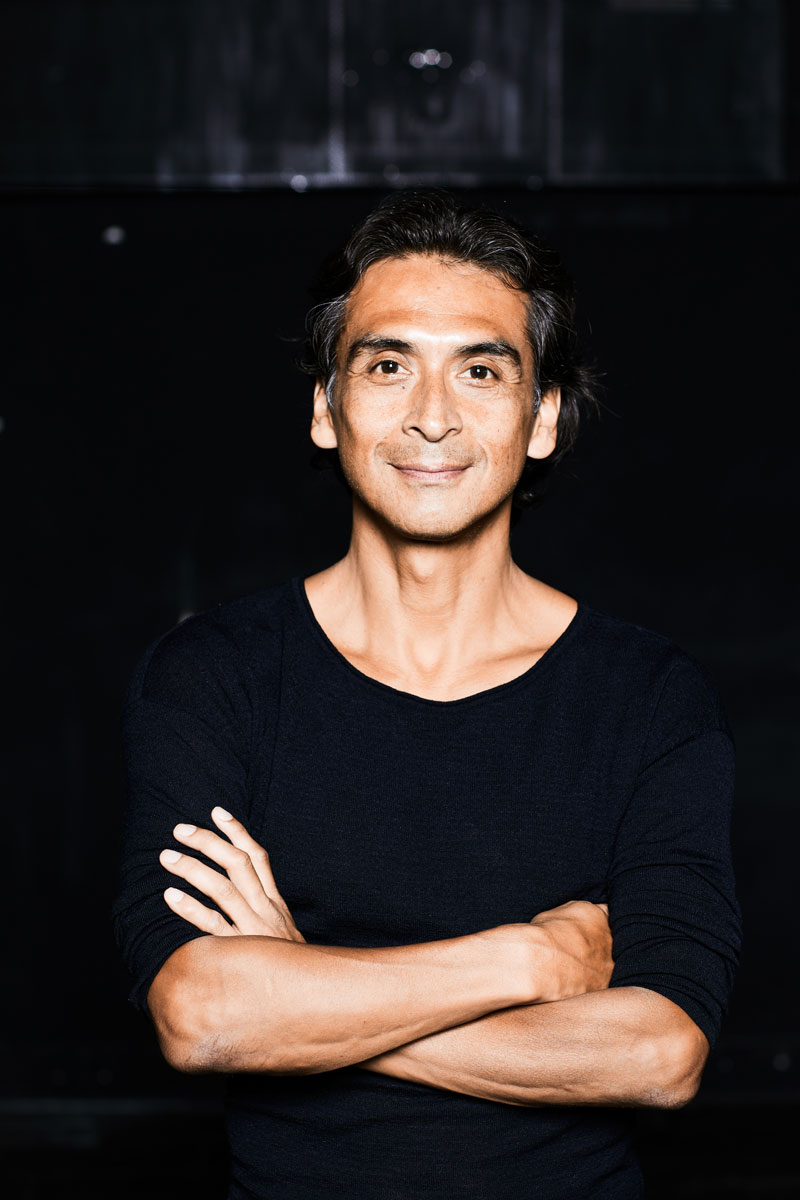 Born and raised in the small railroad community of Newton, Kansas, Eddie Martinez still has fond memories of his early years growing up in the Midwest, where many family members still reside. “It was a nice place to grow up as kid but later in my teens I wanted to experience real city life!” At 18 years old and without a care in the world he decided to move to the ‘big city’ and attend Wichita State University where he took to trying out his first ever jazz dance class. Upon declaring himself a dance major, Eddie decided to pursue a bachelor degree and his love of dance. After five years, he embarked upon New York to pursue a career in dance. It was a difficult time where he found himself “working more jobs than dancing”, to just pay the bills.

It then happened that Pina Bausch and her Tanztheater were performing at the Brooklyn Academy of Music (BAM) in New York. Eddie by accident was introduced to the company’s then managing director, Matthias Schmiegelt, who arranged for him to be invited to the audition. The company was performing the piece Palermo Palermo and he thought “what kind of crazy things they are doing on stage. I had never seen this type of a dance performance mixed with so much theater.” To say the least, auditioning for Pina Bausch was an experience that he will never forget. Learning repertory from pieces such as The Rite of Spring as well as Arias, Viktor and Kontakthof. Utterly overwhelmed by this new way of expression through movement. Afterwards Pina Bausch would ask “How should I remember you?”. “I’m from Kansas.” Pina Bausch did indeed choose the boy from Kansas and four months later, in 1994, he moved to Wuppertal, happy to finally be working full time as a dancer with Pina Bausch.

“The first three years were very difficult”, as he recalls. He suffered from culture shock, didn’t speak German and had to learn all this new repertory very quick. Nur Du, the American co-production, was his first piece and important experience. “You had to create improvisations and make your own dance movements and present them which was really a different way of working for me.”

Since 2012 Eddie has begun to find his love for teaching workshops and choreographing, asking the dancers questions and setting them tasks – somewhat like Pina Bausch. “Today, I can see how difficult it is for people. You have to show something of yourself and to present this and to have the courage to overcome your own inhibitions. Trust is not easy.” And upon recollecting about Pina “I am still here in Wuppertal because I still believe in Pina and her work and spreading her passion and endless work ethic.”