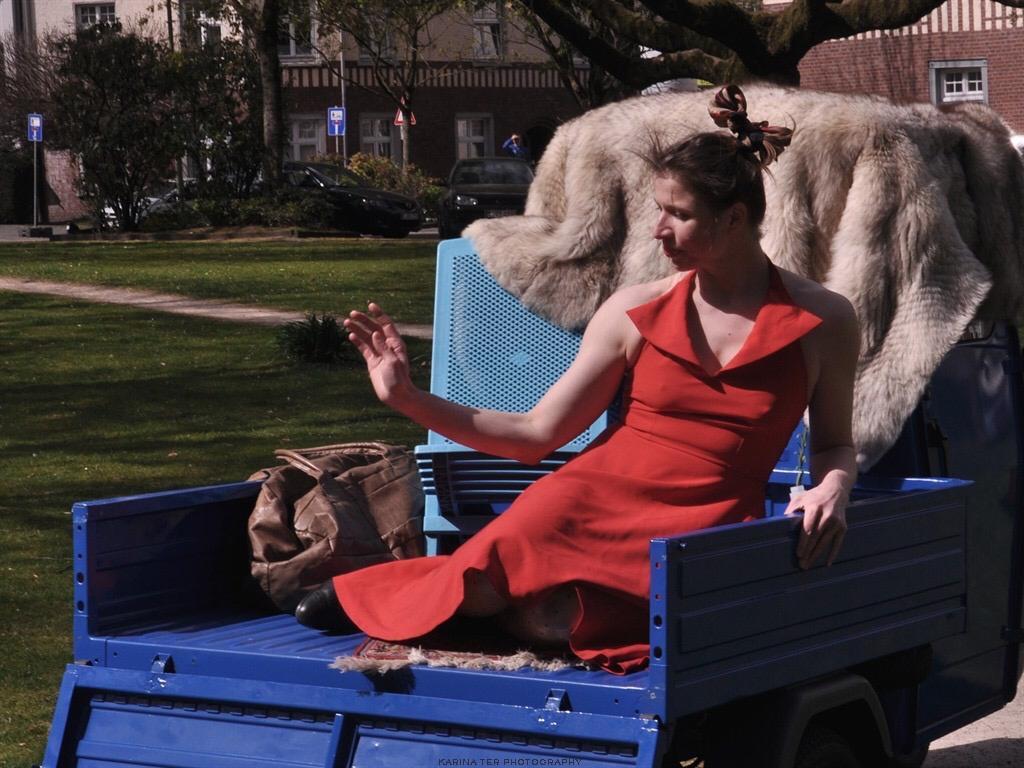 Born in Essen, Anna begins her dance training in her home town before moving to Lausanne in Switzerland to study at Maurice Béjart’s Ecole-Atelier-Rudra. From 1999 to 2000 she dances in Béjart’s company “Groupe 13”, touring all over the world. In 2000, Pina Bausch invites her to join the Tanztheater Wuppertal, where she remains a permanent member of the ensemble until 2018.

During this time, she also takes on projects in the independent dance scene and trains as a practitioner in complementary and alternative medicine, as well as completing her dance teacher training, taking the Diplôme d’État in Paris. In 2011, she appears in Wim Wenders’ Oscar-nominated film PINA, followed by Kevin Frilet’s short film “Fallen” in 2015.

Anna has been working as a freelance dancer, choreographer and teacher since 2018, focusing on inclusion and educational projects.

Together with the dancer and choreographer Jelena Ivanovic and the composer Markus Stollenwerk, she founds the artist collective “Mach ma”. Their most recent project is “Starks Teppich” (“Stark’s carpet”), for children in nurseries and primary schools.